If you could share one piece of advice with an aspiring author, what would it be?

For Deborah Saracini, it’s this:

“Write about something you are familiar with and really care about, and the story will write itself.”

And that’s exactly what she did.

Deborah has been a docent, docent coordinator, and docent trainer ever since 2007. For over a decade she has worked hard to educate the public about the La Jolla seals.

So when a mentor gave her the idea to publish her own children’s book, Deborah knew exactly what to write about. 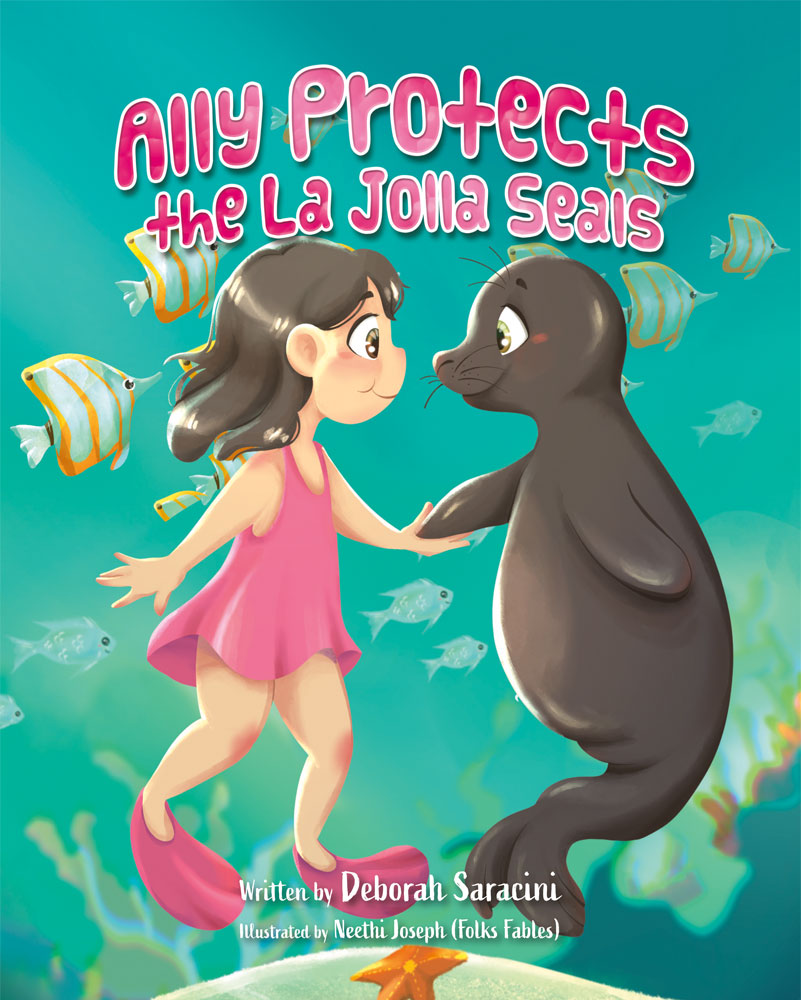 Ally Protects the La Jolla Seals is an empowering story of one little girl who makes a big difference. The story is inspired by Deborah’s own experience as she lobbied the California authorities to close La Jolla beach during the seals’ annual pupping season.

Deborah decided to share this message to pass the baton of environmental stewardship on to the younger generations.

Throughout the publishing process, Deborah learned to stay focused on the end goal and remain positive, even when facing delays.

She found value in the Publishing Mastermind as it gave her direction in how to write, edit, and publish her children’s book and provided monthly accountability to keep her on track with each of her goals.

Deborah hopes Ally Protects the La Jolla Seals will inspire children and adults to respect and defend the natural world, even when it may feel scary or difficult.

You can learn more about Deborah and her commitment to environmental stewardship on Facebook (Deborah Saracini - Author) and Instagram (@debsaracini). Be sure to pick up your copy of Ally Protects the La Jolla Seals on Amazon.com, Amazon.ca, or your local Amazon Marketplace.

Deborah Saracini has been a Docent Coordinator and Trainer for the Sierra Club Seal Society and La Jolla Friends of the Seals since 2007. She became interested in the La Jolla seals when she had a personal encounter with a seal pup on her beach. She became both an educator and political activist, working with others to successfully lobby San Diego City Council and the California Coastal Commission to close Casa Beach/Children's Pool for the annual harbor seal pupping season.

Deborah lives in Del Mar, CA, with her Westie and Scottie terriers, her pups of the land.

Spotlight: Are We There Yet?: Temby’s Big Journey

Spotlight: Are We There Yet?: Temby’s Big Journey

Spotlight: Positopia World: The Hidden Portal
We use cookies on our website to improve your experience and manage our marketing and analytics. By clicking “Accept All”, you consent to the use of ALL the cookies. Read our "Privacy Policy" for more information.
Reject AllAccept All
Manage consent

This website uses cookies to improve your experience while you navigate through the website. Out of these, the cookies that are categorized as necessary are stored on your browser as they are essential for the working of basic functionalities of the website. We also use third-party cookies that help us analyze and understand how you use this website. These cookies will be stored in your browser only with your consent. You also have the option to opt-out of these cookies. But opting out of some of these cookies may affect your browsing experience.
Necessary Always Enabled
Necessary cookies are absolutely essential for the website to function properly. These cookies ensure basic functionalities and security features of the website, anonymously.
Functional
Functional cookies help to perform certain functionalities like sharing the content of the website on social media platforms, collect feedbacks, and other third-party features.
Performance
Performance cookies are used to understand and analyze the key performance indexes of the website which helps in delivering a better user experience for the visitors.
Analytics
Analytical cookies are used to understand how visitors interact with the website. These cookies help provide information on metrics the number of visitors, bounce rate, traffic source, etc.
Advertisement
Advertisement cookies are used to provide visitors with relevant ads and marketing campaigns. These cookies track visitors across websites and collect information to provide customized ads.
Others
Other uncategorized cookies are those that are being analyzed and have not been classified into a category as yet.
SAVE & ACCEPT